If I have a dead and rotting animal somewhere in my house, and an exterminator offers to remove it for free – am I foolish enough to think that it “cost me” the dead animal and filthy stench of its death filling my house?
What if I were to go back and say, “No! You can’t have that dead animal, give it back to me! It is valuable and you can’t have it!” And refused to let him remove it from my house,  and I instead tried to hide it in a closet deep within the house and pretend that I couldn’t smell the stench of death?

Could I say that he had not offered and rendered his services free of charge? No. He did his part and it was free of charge as advertised. It would be my own foolishness that made his work useless in my own house, not whether or not his work was effective. 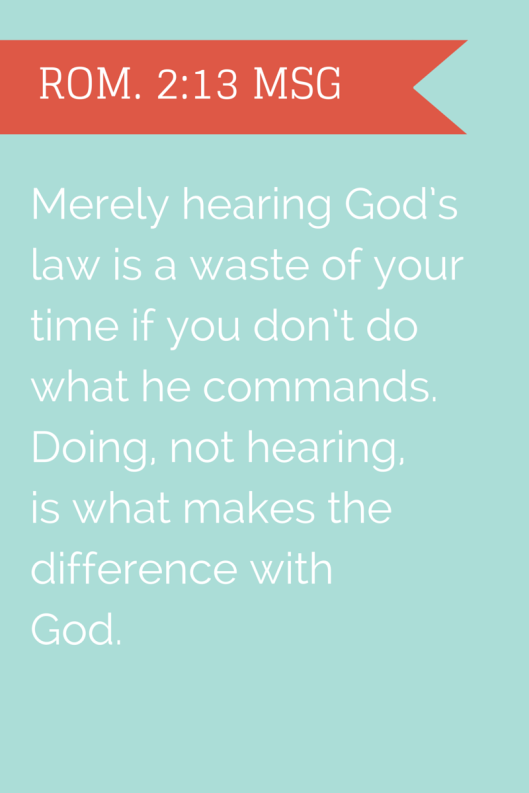 What good is it, my brothers, if someone says he has faith but does not have works? Can that faith save him? – James 2:14 ESV

What good is it, my brothers, if someone says he has faith but does not have works? Can that faith save him? You believe that God is one; you do well. Even the demons believe—and shudder! Do you want to be shown, you foolish person, that faith apart from works is useless? Was not Abraham our father justified by works when he offered up his son Isaac on the altar? You see that faith was active along with his works, and faith was completed by his works; – James 2:14‭, ‬19‭-‬22 ESV

THE FAITH THAT SAVES

Therefore, since we have been justified by faith, we have peace with God through our Lord Jesus Christ. Through him we have also obtained access by faith into this grace in which we stand, and we rejoice in hope of the glory of God. Not only that, but we rejoice in our sufferings, knowing that suffering produces endurance, and endurance produces character, and character produces hope, and hope does not put us to shame, because God’s love has been poured into our hearts through the Holy Spirit who has been given to us.  For while we were still weak, at the right time Christ died for the ungodly. For one will scarcely die for a righteous person—though perhaps for a good person one would dare even to die— but God shows his love for us in that while we were still sinners, Christ died for us. Since, therefore, we have now been justified by his blood, much more shall we be saved by him from the wrath of God. For if while we were enemies we were reconciled to God by the death of his Son, much more, now that we are reconciled, shall we be saved by his life. More than that, we also rejoice in God through our Lord Jesus Christ, through whom we have now received reconciliation. – Romans 5:1‭-‬11 ESV 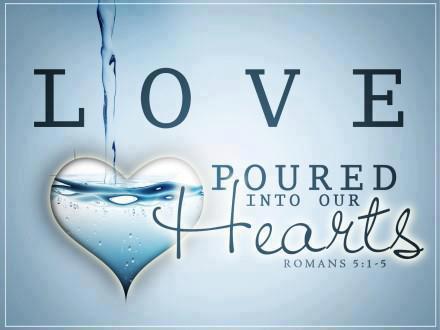 BE CAREFUL YOU ARE NOT DECEIVED 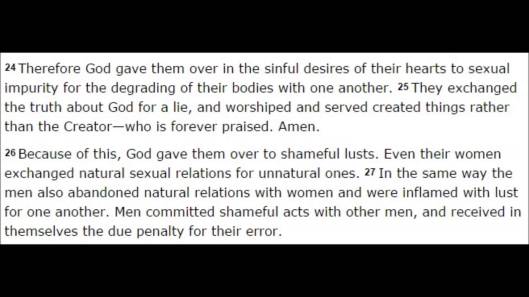 Yes, they knew God, but they wouldn’t worship him as God or even give him thanks. And they began to think up foolish ideas of what God was like. As a result, their minds became dark and confused. Claiming to be wise, they instead became utter fools. And instead of worshiping the glorious, ever-living God, they worshiped idols made to look like mere people and birds and animals and reptiles. So God abandoned them to do whatever shameful things their hearts desired. As a result, they did vile and degrading things with each other’s bodies. They traded the truth about God for a lie. So they worshiped and served the things God created instead of the Creator himself, who is worthy of eternal praise! Amen. That is why God abandoned them to their shameful desires. Even the women turned against the natural way to have sex and instead indulged in sex with each other. And the men, instead of having normal sexual relations with women, burned with lust for each other. Men did shameful things with other men, and as a result of this sin, they suffered within themselves the penalty they deserved. Since they thought it foolish to acknowledge God, he abandoned them to their foolish thinking and let them do things that should never be done. Their lives became full of every kind of wickedness, sin, greed, hate, envy, murder, quarreling, deception, malicious behavior, and gossip. They are backstabbers, haters of God, insolent, proud, and boastful. They invent new ways of sinning, and they disobey their parents. They refuse to understand, break their promises, are heartless, and have no mercy. They know God’s justice requires that those who do these things deserve to die, yet they do them anyway. Worse yet, they encourage others to do them, too. – Romans 1:21‭-‬32 NLT 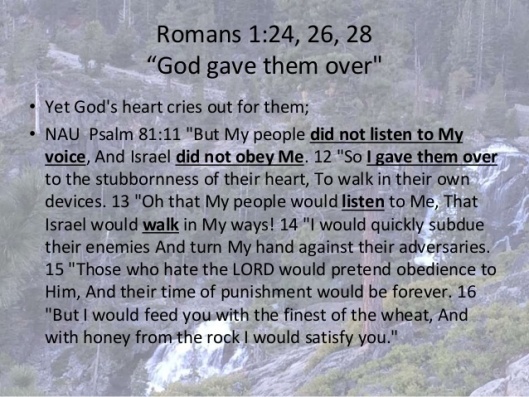 Heavenly Father, you are not a trickster, nor do you have any part with darkness. We have been blind. We have been rebellious. And we come to you in repentance and in surrender. Heal us from our doubt. Overcome our lack of faith. Create in us a new heart. Hear that we confess your name, and sing your praise, and cry out to you for this Hope we have found in the promises of Jesus Christ to be grown and manifest into a true faith that has substance and work and love because you have poured out your Holy Spirit on your people. And teach us not to quench your Holy Spirit, not to shrink back from the light, but to come with confidence into the throne room of grace to be sent out as your chosen people, as your ambassadors, as your children bearing your image. You are gracious, and you are righteous, and you are merciful, and you are just. Lead us in the Way, the Truth, and the Life. Amen.