Interested in reading the whole Bible through from beginning to end?

You might be surprised to learn that even at “pulpit speed”, reading aloud,  it would only take about 70 hours. If you split it up over a year, that would take less than 12 minutes a day. 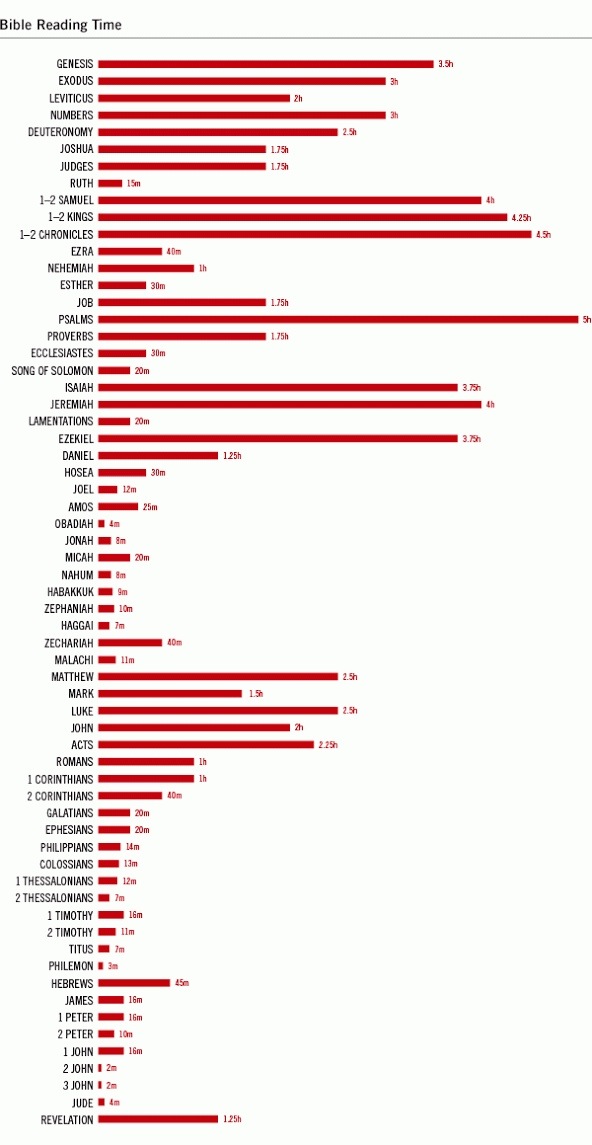 More than half of Americans think the Bible has too little influence on a culture they see in moral decline, yet only one in five Americans read the Bible on a regular basis, according to a new survey.

More than three-quarters of Americans (77 percent) think the nation’s morality is headed downhill, according to a 2013 survey from American Bible Society.

The survey showed the Bible is still firmly rooted in American soil: 88 percent of respondents said they own a Bible, 80 percent think the Bible is sacred, 61 percent wish they read the Bible more, and the average household has 4.4 Bibles.

“People realize the Bible has values that would help us in our spiritual health, but they just don’t read it.”

If they do read it, the majority (57 percent) only read their Bibles four times a year or less. Only 26 percent of Americans said they read their Bible on a regular basis (four or more times a week).