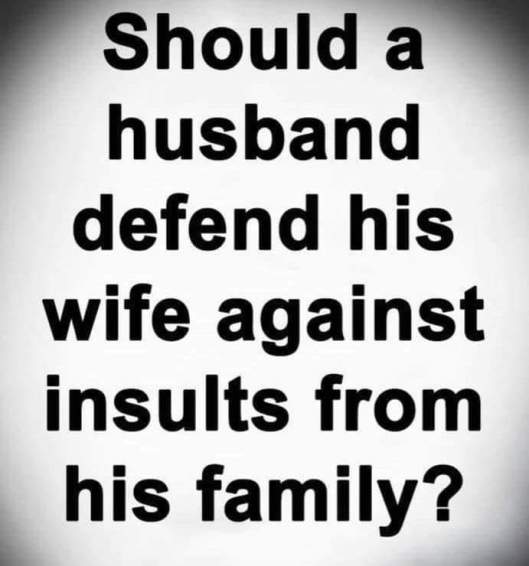 1) Allowing someone to offend you to the point of anger is handing over your joy and happiness to someone else — it is like surrendering the power of your own mindset into their control. A thoughtful and wise person sees insults as a foolish attempt by another to manipulate and control their emotions, and denies them the opportunity by ignoring the insult.

Proverbs 12:16 ESV
The vexation of a fool is known at once, but the prudent ignores an insult.

2) Insults, bitterness, contention, and drama rise up from miserable people like a cancer, looking for someone to share the sickness and spread. Instead of letting them suck you into their misery — offer the exact opposite of what they were seeking to provoke in you. Offer them forgiveness, not because they deserve it, but because it makes it absolutely clear to them that you are free from their influence and control, and because they just might see their own misery and bitterness and want to finally let go of it for something better.

Ephesians 4:31-32 ESV
Let all bitterness and wrath and anger and clamor and slander be put away from you, along with all malice. Be kind to one another, tenderhearted, forgiving one another, as God in Christ forgave you.

Christ went to the cross absolutely innocent and did not see the need to “defend himself”. So that’s a great example that he has given us. And Paul even said things like “bless those who curse you” and “if you only do good to those who do good to you, how are you any different than the world”. We see that even criminals do good in return to those who are good to them. But we are called to love and pray for our enemies.

We are not called to “defend our own honour” because we are told that there is nothing good in us apart from Christ. Any feelings of having to defend our honor is actually us hanging onto our own pride of life, when we are called to die to self daily. If we know that we are not honorable, but that “only God is good”, then we won’t insist on others honoring or glorifying us — in fact, we don’t expect or demand it, because all the honor and glory is due to God alone.

Is this a radical and narrow path? Yes. But when we consider how freeing it is, we’ll find that it is a much lighter burden than holding a grudge, demanding respect, arguing senselessly, etc.