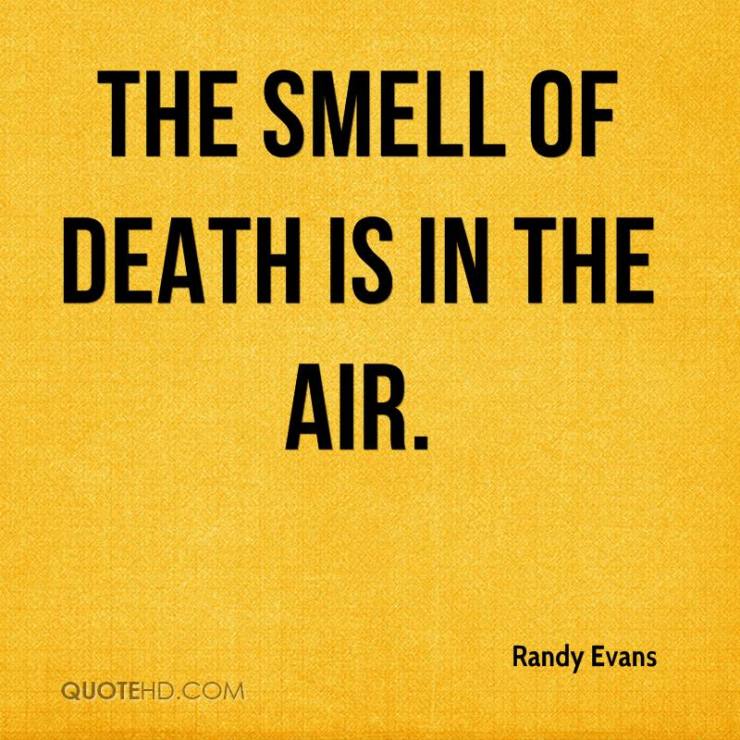 Lol. Check this out.
I come back in from my morning run,  my stomach telling me that it is time to shed some weight… 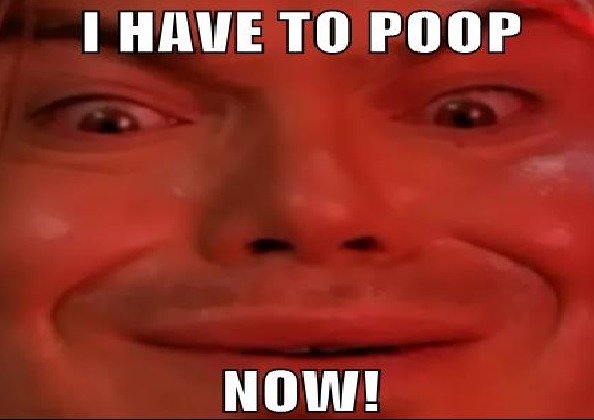 I walk into the master bathroom and hear the fan running in the water closet, so I ask my wife,  “Did you just use the bathroom?” To which she replies, “It’s not bad, just give it a…” — I didn’t hear the rest and went straight to the hall bathroom.

Eve said, “It’s not bad, just give it a…” too — and Adam died because he listened to her.
Love you, but I’ll just use the hall bathroom. Death is lingering in that other bathroom, and I’ll wait until it has departed. Love you, honey!

Now the serpent was more cunning than any beast of the field which the Lord God had made. And he said to the woman, “Has God indeed said, ‘You shall not eat of every tree of the garden’?” And the woman said to the serpent, “We may eat the fruit of the trees of the garden; but of the fruit of the tree which is in the midst of the garden, God has said, ‘You shall not eat it, nor shall you touch it, lest you die.’ ” Then the serpent said to the woman, “You will not surely die. For God knows that in the day you eat of it your eyes will be opened, and you will be like God, knowing good and evil.” So when the woman saw that the tree was good for food, that it was pleasant to the eyes, and a tree desirable to make one wise, she took of its fruit and ate. She also gave to her husband with her, and he ate. Then the eyes of both of them were opened, and they knew that they were naked; and they sewed fig leaves together and made themselves coverings. And they heard the sound of the Lord God walking in the garden in the cool of the day, and Adam and his wife hid themselves from the presence of the Lord God among the trees of the garden. Then the Lord God called to Adam and said to him, “Where are you?” So he said, “I heard Your voice in the garden, and I was afraid because I was naked; and I hid myself.” And He said, “Who told you that you were naked? Have you eaten from the tree of which I commanded you that you should not eat?” Then the man said, “The woman whom You gave to  be with me, she gave me of the tree, and I ate.” And the Lord God said to the woman, “What is this you have done?” The woman said, “The serpent deceived me, and I ate.” So the Lord God said to the serpent: “Because you have done this, You are cursed more than all cattle, And more than every beast of the field; On your belly you shall go, And you shall eat dust All the days of your life. And I will put enmity Between you and the woman, And between your seed and her Seed; He shall bruise your head, And you shall bruise His heel.” To the woman He said: “I will greatly multiply your sorrow and your conception; In pain you shall bring forth children; Your desire shall  be for your husband, And he shall rule over you.” Then to Adam He said, “Because you have heeded the voice of your wife, and have eaten from the tree of which I commanded you, saying, ‘You shall not eat of it’: “Cursed is the ground for your sake; In toil you shall eat of it All the days of your life. Both thorns and thistles it shall bring forth for you, And you shall eat the herb of the field. In the sweat of your face you shall eat bread Till you return to the ground, For out of it you were taken; For dust you are, And to dust you shall return.” – Genesis 3:1‭-‬19 NKJV

When Adam sinned, sin entered the world. Adam’s sin brought death, so death spread to everyone, for everyone sinned. Yes, people sinned even before the law was given. But it was not counted as sin because there was not yet any law to break. Still, everyone died—from the time of Adam to the time of Moses—even those who did not disobey an explicit commandment of God, as Adam did. Now Adam is a symbol, a representation of Christ, who was yet to come. But there is a great difference between Adam’s sin and God’s gracious gift. For the sin of this one man, Adam, brought death to many. But even greater is God’s wonderful grace and his gift of forgiveness to many through this other man, Jesus Christ. And the result of God’s gracious gift is very different from the result of that one man’s sin. For Adam’s sin led to condemnation, but God’s free gift leads to our being made right with God, even though we are guilty of many sins. For the sin of this one man, Adam, caused death to rule over many. But even greater is God’s wonderful grace and his gift of righteousness, for all who receive it will live in triumph over sin and death through this one man, Jesus Christ. Yes, Adam’s one sin brings condemnation for everyone, but Christ’s one act of righteousness brings a right relationship with God and new life for everyone. Because one person disobeyed God, many became sinners. But because one other person obeyed God, many will be made righteous. God’s law was given so that all people could see how sinful they were. But as people sinned more and more, God’s wonderful grace became more abundant. So just as sin ruled over all people and brought them to death, now God’s wonderful grace rules instead, giving us right standing with God and resulting in eternal life through Jesus Christ our Lord. – Romans 5:12‭-‬21 NLT